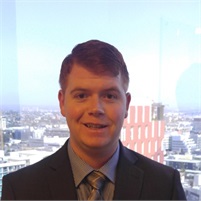 Bryan Charles Cooley is an independent Financial Professional who has been in the industry since 2015. He focuses on life insurance, disability insurance, long term care, investments and long-term financial strategies. Bryan’s main goal is to build a strong financial strategy for his clients and create a long lasting relationship with them, so they know that they can always rely on him.

Bryan was born in Wichita Falls, Texas but moved to California when he was just a few months old. He spent the majority of his childhood growing up in Palmdale California which is located in Southern California. From there he moved to San Diego where he lived up until 2018. Bryan has his Bachelors in Business Administration from Brandman University part of the Chapman University system which is located in Orange County, California.

Bryan lives in Georgetown, Texas with his wife Marie Elizabeth Zimmermann and son Benjamin Charles Cooley. Bryan enjoys traveling with his family and watching hockey in his free time. Bryan and his wife have traveled throughout most of the United States visiting 43 out of the 50 states before their son was born. They plan to expand their travels to other areas as well with their son. They spend most of their time now enjoying time with each other and their son who is currently 17 months old.